Hedges: when to prune?

Hedges need regular trimming to keep them within their boundaries. Pruning times vary depending on what type of hedge you have.

When’s the right time to prune?

Timing of pruning your hedges should take into account the potential for nesting birds (see ‘Problems’ section below). Generally but not always, these are the optimum timings for pruning hedges:

For advice on pruning techniques, see hedges and trimming

Trimming facts for our popular hedges:

Carpinus betulus (hornbeam): Once, in mid- to late summer
Crataegus monogyna(hawthorn): Twice, in summer and autumn
Fagus sylvatica (beech): Once, in late summer 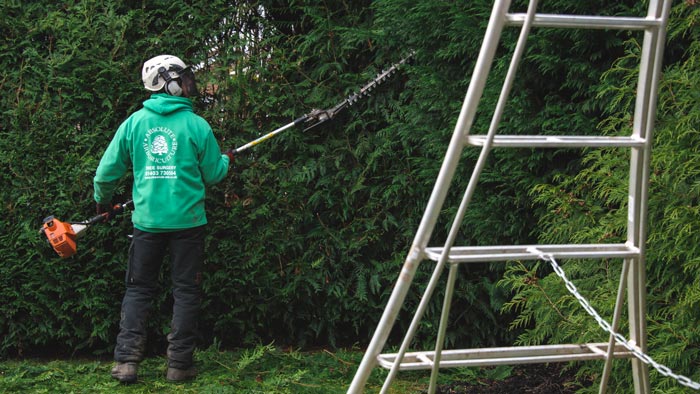 When we prune hedges we check that there are no birds nesting, it’s an offence under the Wildlife & Countryside Act 1981 to damage or destroy the nest of any wild bird while it is in use or being built. The bird nesting season is usually from 1st March to 31st July. We also try and avoid trimming conifer hedges after August, as this tends to encourage bare/brown patches to develop in the hedge.